Developer Network› TeamSite› MediaBin
Sign-in or register for an account to post.
Register to collaborate on OpenText products with forum members.
Customers with active support contracts have the added benefit of accessing product forums
Already a member? Sign-in to join the discussion.

While importing from MediaBin server.

Image filename get appended with "--(Get Original)".

Is there any way not to rename image filename. 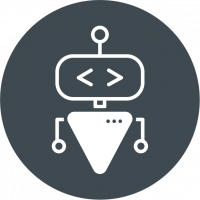 Cesar Vasquez
October 27
Join several exciting sessions for Developer on OpenText World 2020!
OpenText World is on and we have several exciting sessions focused on Developers. If you haven't registered yet do so at the link below and we suggest you consider joining some of the following on-demand sessions: 1- Introducing OpenText Developer Cloud (MUL206) 2- Combining APIs to create unique value (MUL209) - includes…

Cesar Vasquez
October 27
Watch our latest 3 "How to" videos on Content Metadata Services APIs
Want to learn how to leverage some of the current Content Metadata Services APIs available through OpenText Developer Cloud? Look no further and watch these short videos clicking on the link below. More to come in the following weeks!! https://www.youtube.com/watch?v=gNuF4TOGVlA&list=PLEB6VOrLXy0fEvBrDPT800g4u_uFch_UZ

shamir
October 21
OpenText Developer Experience 20.4!
The OpenText Developer Experience continues to evolve! This time with a refreshed developer journey which focuses on capabilities across OpenText offerings. Here is what we’ve added in 20.4: * A landing page re-design to showcase the growing catalog of capabilities to manage information from any of our technologies. We…