Home› Business Network› Imaging for Windows
NOTE: We have moved all Upgrade Central conversations to the following area of the site. Please update your bookmarks, email notifications:

Making Imaging for Windows the default viewer in Windows 7, 8, and 10 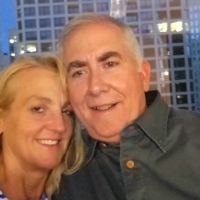 Under Windows 10, I ran into the same problem with regard to making Imaging for Windows the default viewer for TIFF files as has previously been reported in this forum for Windows 7 and 8. In addition, using the "Open With" dialogue from the Windows file explorer also failed to open Imaging for Windows. The basic workarounds for these problems remain the same as have been previously posted on this side in a similarly named discussion for Windows 7 and 8. However, instead of directly renaming the "imaging.exe" file, I suggest making a copy of that file, then renaming the copy (I used "imaging1.exe"). That way, any processes that use the original file name will still find the file. Be sure to point "Open With" and file associations to the renamed copy, rather than the original file, in order for them to work properly. I have reported this problem to Microsoft as a bug, but it appears unlikely they will ever do anything about it.

Q: I don't see my product listed, how do I get access to it?

A: If you don't see your product, please be sure to upgrade your account to include "My Support access".

Click here for more details on this question and others.
OpenText Imaging for Windows

Technical support and service are not available for the Imaging for Windows product. However, there are a number of self-service options available through this community.